Our goal is to develop, build and operate solar and renewable facilities which reduce the carbon footprint of our customers and provide significant long term savings.

Based upon over 10 years of experience and having developed, constructed and operated more than 110 MWs of large-scale solar projects built we aim to be a significant developer, builder and operator of solar power generation facilities. We do this while providing long-term discounted solar electricity to businesses and institutions without any capital investment. CI Renewables is focused on solar facilities of at least 2 megawatts which reduce our customers long-term energy costs, preserve and create jobs and, at the same time, benefit the environment through the reduction of the use of fossil fuel.

CI Renewables’ management team has a long history of developing and owning grass roots utility scale power projects and has the ability and experience to engineer, construct and operate solar power facilities. This experience, coupled with our deep knowledge of the financial requirements for these projects makes CI Renewables uniquely the right partner.

As a leader in the solar industry, CI Renewables focuses on net metered facilities for commercial, industrial and institutional customers, as well as landfill/brownfield opportunities.

As part of our solar program, CI Renewables: 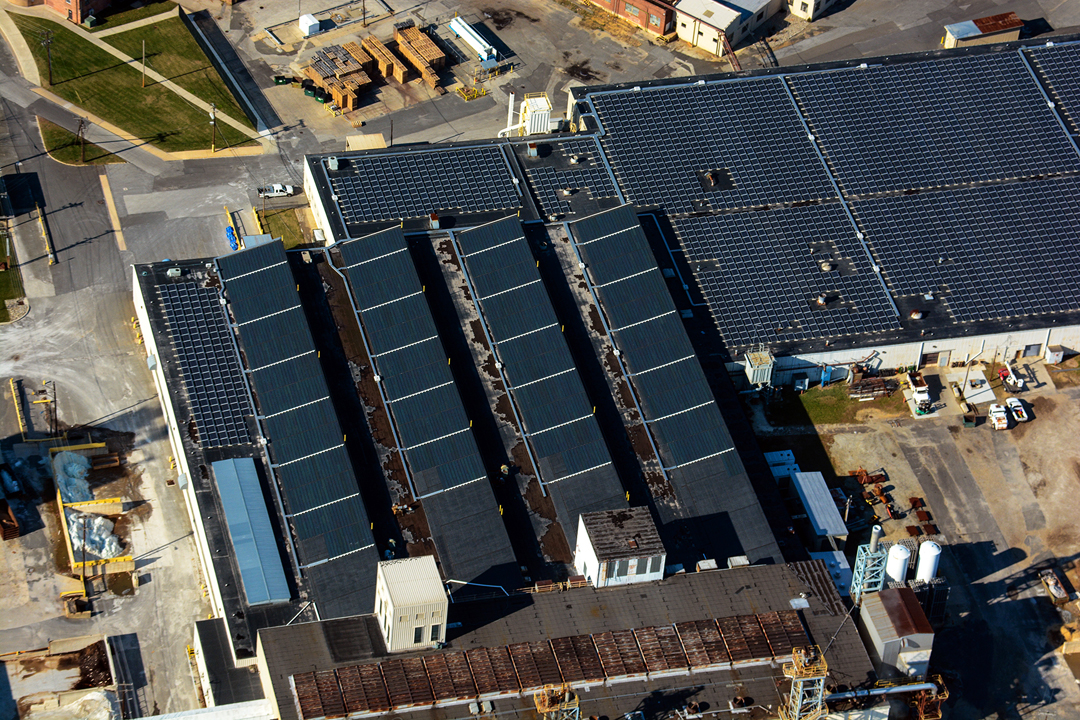 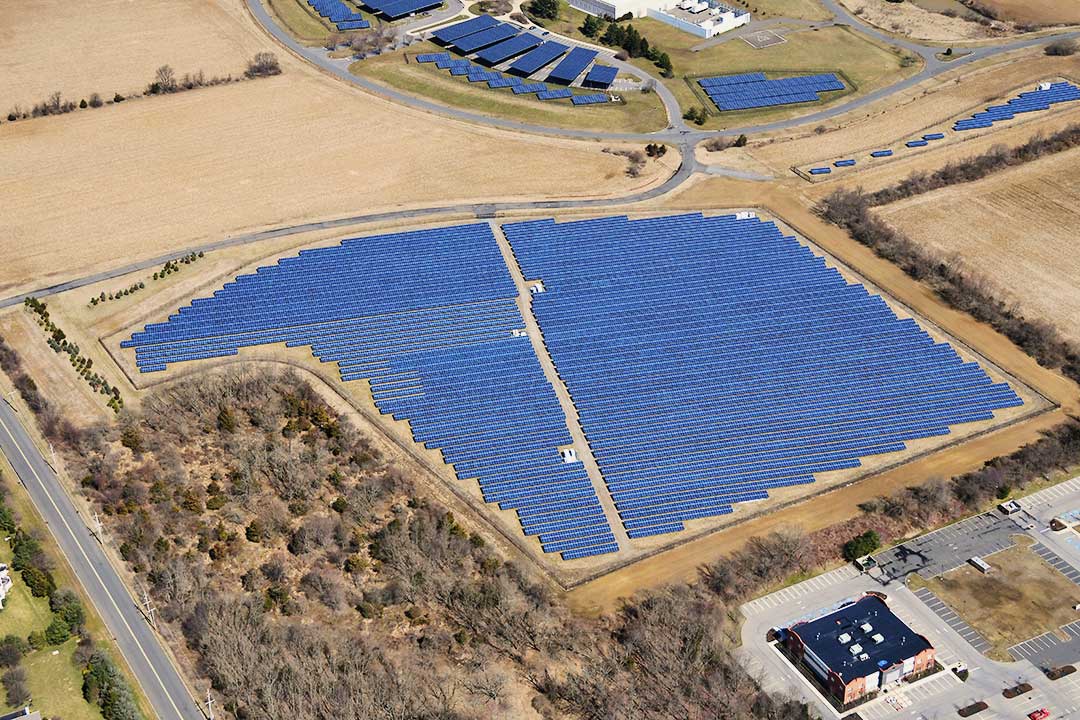 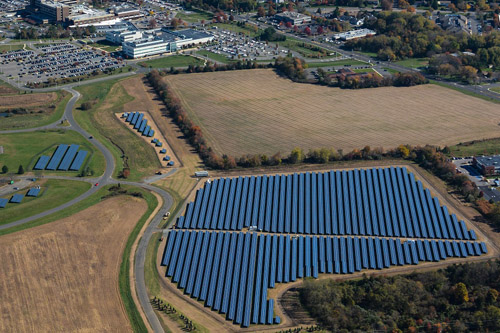 CI Renewables is a privately owned, developer, builder, owner, operator of large scale commercial and industrial solar projects.  Currently, CI Renewables has fifteen operating projects totaling 76 MWs DC. CI Renewables will commission another 35 MWs DC at four additional sites by the end of 2019 including the largest net metered project in New Jersey. Alan is responsible for the overall management of the business with an emphasis on finance, sales and government relations.

Prior to accepting his position at CI Renewables, Mr. Epstein was a partner at Sidley Austin LLP and practiced energy and infrastructure finance law for more than 30 years. Mr. Epstein advised clients in the financing and structuring more than $5 billion of energy, telecommunications, alternative and renewable energy and infrastructure projects throughout the United States and abroad.

Tom’s experience includes over $40 billion of financing, IPOs, commodity linked transactions, and a number of merger and acquisition transactions. His list of clients included Calpine Corp, NRG Energy, PPL Corp, Constellation Energy, Covanta Energy, RRI Energy, LS Power, Energy Capital Partners, and many others. While at Salomon Brothers, Tom acted as financial advisor and placement agent to Kamine Development Corp. on the financing of its New York State cogeneration portfolio. Prior to working on Wall Street, Tom worked at AT&T Capital and Westinghouse Financial Services with a focus on the acquisition of limited partnership interests in the unregulated power sector and leverage lease interests in the aircraft sector.

Tom has a Bachelor of Science degree in Accounting from University of Scranton and a Master’s in Business Administration with a concentration in Finance from Southern New Hampshire University. Tom currently serves on the board of PlanSmart NJ and is the Past-Chief of the Far Hills Bedminster Fire Department.

William Stewart joined the CI Renewables’ (formerly known as KDC Solar) team in 2012 as its Chief Financial Officer. He has over 20 years of investing and operating experience. Concurrent with his role at CI, Bill is a Managing Partner of Navigator Partners LLC, a private equity firm focused on investing in profitable businesses in the lower middle market. Prior to his position with Navigator, Bill was the Chief Financial Officer and a Director of KMC Telecom, the country’s largest privately held integrated communication provider. During his tenure at KMC Telecom, he was responsible for its successful operating turnaround, financial restructuring and eventual sale to Centurylink. Prior to KMC he was a Managing Director at Nassau Capital, a private equity and real estate investment firm responsible for investing $2.5 billion of Princeton University’s $10 billion endowment. At Nassau Capital, Bill led growth equity investments as well as buyouts and recapitalizations in the communications, healthcare, and transportation industries.

Mr. Stewart is a director of CI Renewables LLC and the Cornerstone Franchise Group. Bill serves as a Trustee of the Gray Matters Brain Cancer Foundation and is a Chartered Financial Analyst (CFA). Bill was also an Adjunct Professor at the Villanova School of Business teaching courses covering the topics of entrepreneurship, private equity transactions and alternative investments. He has earned M.B.A. and B.S. degrees from New York University and Villanova University, respectively.

Joshua Smith joined CI Renewables’ (formerly known as KDC Solar) in 2010 as Director of Development. In February 2014, Joshua became Vice President of Project Development, overseeing the company’s development operations and technical team. Joshua focuses on land use, permitting and project management and has specialized in utility scale electrical distribution projects. Joshua has developed over 100MWs of commercial and industrial solar projects and is currently overseeing close to $100 million in new solar construction.

Prior to joining CI Renewables, Joshua worked for an ENR Top 5 Green Contractor, where he held management positions on projects totaling upwards of $150 million.

Joshua received a Bachelor’s Degree in Engineering from Lafayette College, where he received an industry award for his work in heavy construction. Joshua also earned a Masters of Engineering in Project Management from the University of Maryland.